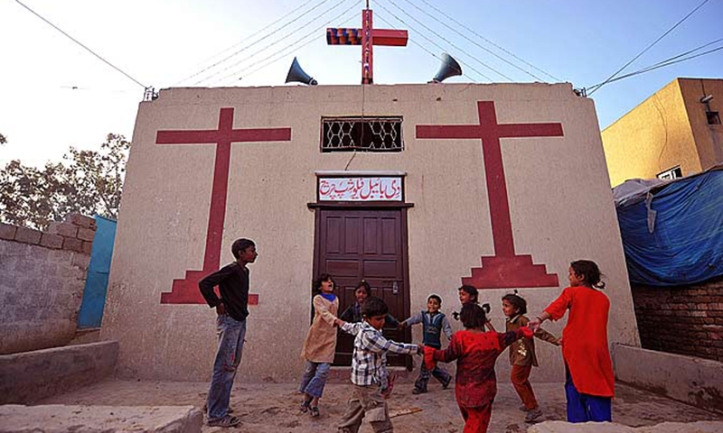 Citizens of a country face different life choices. These choices are based on labels assigned to various groups determined by a combination of socio-economic, ethnic and religious factors. Such labels have historically determined the kind of access citizens are provided to public goods and economic opportunities.

By definition, public goods are meant to be non-excludable – that is individuals cannot be effectively excluded from using them as price doesn’t restrict access to the good. The state is obligated to ensure inclusive growth which includes providing all citizens access to public goods without any form of discrimination.

However, growth in Pakistan is not inclusive. The State has been unable to ensure such access to all, particularly for the marginalized –  people socially excluded due to multiple reasons such as age, disabilities, gender, ethnic and religious affiliations. These people also include minorities.

Attainment of inclusive growth becomes even more uncertain as Pakistan enters into another IMF agreement. Adjustment efforts under such reform packages usually demand state retrenchment and a focus on market-led, profit-generating interventions led by the private sector. The fiscal space and political inclination to focus on such issues diminishes drastically.

A recent Lahore Policy Exchange organised by the Consortium for Development Policy Research (CDPR) highlighted in detail the relationship between access to economic opportunities and the marginalization of communities with a focus on minorities. A panel of experts discussed the key reasons for state’s failure in safeguarding minority rights and put forth possible solutions.

Mr. Suneel Malik, Manager Programs at the Centre for Social Justice, a Lahore-based civil society organization working for social justice for the marginalized, highlighted how the state caters to service delivery needs of minorities that now form 3.5% of the country’s population. The state recognizes minority groups, aggregated along religion and ethnicity. However, other factors such as disability, gender, and geographical proximity to government’s priority development zones worsen a citizens’ chance of getting attention from state institutions.

Discrimination against minorities woven into the social fabric

A history of conflict surrounds access to public goods and services along socio-economic dimensions. The structure of the Pakistani state operates on patron-client linkages the beneficiaries of which usually belong to the mainstream with links to influential intermediaries to help gain access to state services. Dr. Hadia Majid, Assistant Professor at LUMS, discussed her work on how religion, ethnicity and income level impact citizen’s chances of accessing public goods such as gas, sewage and sanitation infrastructure, and common water pools like canals and how this results in reduced chances for their upward social mobility. Thus, they are often stuck with low paying, generationally passed down occupations. Minority groups, therefore, not only experience more poverty but are also more prone to getting into poverty traps.

Encouragingly, her research finds that when political incumbents/officeholders at the local level are elected into power with a miniscule vote difference with the runner up, they tend to opt for more inclusive policies in an effort to retain their vote bank. This leads to instances of breaking the cycle of clientelism and interest politics – i.e the tendency for collusionary activities between the state and powerful societal groups –  that distort the democratic objective of equitability.

How distance impacts the status of a citizen

A citizen is relegated to a minority status when governance channels do not provide public delivery in areas considered far-flung. Therefore, lack of proximity to state institutions leads to the marginalization of citizens left to fend for themselves. In circumstances when citizens are already isolated, minority religions, ethnicities, disability and gender can further aggravate poverty levels.

Dr. Faisal Bari, senior research fellow at IDEAS and moderator of the session, highlighted the high variation in public delivery/provision of power to residents within any city across Pakistan. This is because distribution companies increase load-shedding hours based on cost recoveries from particular neighbourhoods. If there is massive electricity theft in certain low-income neighborhoods, households that regularly pay their electric bills will be penalized with black-outs for the criminal actions of others. In a citizen-based state, these kind of government measures to prioritize recoveries over public delivery to its rightful citizens, is a breach of the social contract between the state and its people.

Dr. Hadia also underscored from her study that power, gas and water load-shedding occurs more frequently in localities farther away from commercial and industrial zones. However, ‘katchi abadis’ or slums located nearer to influential zones experience markedly less breakdown in public delivery. She further stressed that lack of basic amenities affects the productivity of men and women alike. It affects the revenues of home-based women workers who are unable to deliver orders on time as well as of men, who due to affected sleep and eating patterns, lose productivity at work.

Addressing inequity in Pakistan: the case of Akhuwat

Dr Amjad Saqib, founder of Akhuwat and a development practitioner, believes that public-sector institutions have not shown a strong will to reach out to citizens in areas with difficult terrain or those that are conflict-affected.

Akhuwat is a successful non-profit interest-free microfinance organization but its approach towards poverty alleviation is centered around inter-faith harmony as it recognises that financial inclusion is not possible in a divided society. Therefore, it sets up its various offices on a rotation basis across mosques, churches, and temples to bring together individuals from different faiths that are experiencing similar financial and political exclusion woes.

Mr. Amjad Saqib stated how establishing centers for social and financial intermediation in Gilgit Baltistan helped in reducing conflict among Shia, Sunni and Ismaili sectarian groups. At the end he urged researchers to conduct a more detailed analysis of this observation. To fill public delivery gaps, Akhuwat also established offices in terrorism-inflicted FATA five years ago amidst high security risks. It has disbursed 52,000 loans since then.

Helping the Marginalised: Looking for Solutions

The state has failed to address the various ways in which people are discriminated against in Pakistan.

A holistic measure to counter all types of discrimination are needed. To overcome the concerns of the marginalized, especially minorities, the state must first redefine what entails a minority. The state defines minorities solely on the basis of religion, ethnicity and sectarian groups, instead of also encompassing income levels, gender, and distance.

The parliament has reserved seats for minority groups. However, individuals are not assigned any constituencies and are hand-picked by political parties. This wields nominal political influence for societal improvement. Systems for preferential treatment of minority groups at the political level needs to be improved.

There is also lack of legislation to ensure that the 5% public service job quota reserved for minorities is in fact allocated to them. Currently, only 2.5% of civil servants employed in the federal government are from minority groups.

There is a commission for the protection of minority rights, but it has several shortcomings that prevents it from playing a meaningful role in improving access to inclusive opportunities.

The state is stripping people of their right to citizenship and it must reach a heightened sensitivity to address the needs of its entire pluralistic society as promised to them in the constitution.

Pakistan’s Growth Story provides a clear, research-based perspective on the ideas and policies that are shaping Pakistan’s economic and human development. It is a collaboration of the Consortium for Development Policy Research (CDPR) and International Growth Centre (IGC), with contributions from CDPR’s partner organisation, Institute of Development and Economic Alternatives (IDEAS)